Lia Thomas Has Exposed The Fallacy Of The LGBTQ Narrative

They’ve decided that they will use a three-judge panel of medical experts to review each transgender swimmer and figure out which team they’re playing for. As any maternity nurse can tell you, it doesn’t take a panel of “experts” to check the undercarriage and determine if a swimmer is a boy or a girl. Apparently just telling people that they have to compete as the sex they were born is just a bit too retrograde for our new woke society. There are actually a few animals in nature that display sequential hermaphroditism – the ability to switch from male to female, or vice versa.  Clownfish are a prime example.  They school around a dominant female.  When the female dies, the dominant male changes sexes to become the dominant female.  Maybe Adam Schiff has hermaphroditism (in addition to his clownfishyness).  He’ll have to wait a bit longer for his big switch.  San Fran Nan just announced she has no intention of giving up her dominant female throne anytime soon.  Regardless, the LGBTQ movement has decided that adding humans to the list of hermaphroditic species is a matter of lobbying, not science.  Perhaps our “Wise Latina” can weigh in on the subject.

Lia is the male swimmer on the University of Pennsylvania women’s swim team, who stuffs his man parts into a girl’s Speedo, and struts out onto the pool deck – while the crowd is expected to pretend as if it’s all perfectly normal.  Never mind that as a male swimmer he was mediocre at best.  On the female team, he’s the star – both of the media and the statisticians.  He’s in the news, and he’s breaking all of the collegiate swim records – for women.  It seems sex is no longer defined by anatomy or genetics. It is defined by wishful thinking.  Of course, wishful thinking is the definition of fantasy, not reality.

The wokesters are going to assert that Lia really is a female, and doesn’t really have an unfair advantage.  After all, he was just beaten by Iszac Henig from Yale.  She’s a female in the process of transitioning to male.  What is it with kids these days?  They used to just get tattoos if they wanted attention.

Interestingly, Iszac has delayed her transition by postponing her hormone therapy.  She wanted to compete for another year as a female.  Apparently, she can not only decide to change sexes, but she can decide to reach that decision after her collegiate eligibility runs out.  What does it say about the whole “identify” movement that Iszac conveniently decided to postpone changing sexes until after competing for one last year as a female?  Is her “identity” situational?

But Lia’s crushing defeat by Iszac may not be that simple.  Lia’s teammates are accusing him of throwing the race to shut up his un-woke neanderthal hick critics.  They point out that he is friends with Iszac, he met with her before the race, and his race time was significantly slower than his previous times.

The absurdity of someone who is obviously male, taking trophies in female swimming drew too much attention to the ridiculous fallacies of the LGBTQ movement.  Something had to be done.  So, US Swimming (the governing body for competitive swimming in America) decided to fix it with even more silliness.  They’ve decided that they will use a three-judge panel of medical experts to review each transgender swimmer and figure out which team they’re playing for.  As any maternity nurse can tell you, it doesn’t take a panel of “experts” to check the undercarriage and determine if a swimmer is a boy or a girl.  Apparently just telling people that they have to compete as the sex they were born is just a bit too retrograde for our new woke society.

Now we’ve got men who identify as women competing in track, field, and weight lifting as well.  It seems that if you’re an aspiring male athlete, and you’re just a smidge too slow or too weak to beat other men, you should consider your alternatives.  Maybe your problem isn’t that you were born without athletic abilities.  Maybe your problem is that you were born in the wrong body.  That must be it.  You’re actually a female in a male body.  Let’s go with that.  Becoming more competitive isn’t a matter of working harder, it’s just a costume change.

The NCAA is totally on board with all of this.  Female athletics is destined for a transition of its own.  Sporting contests will soon be “dudes in drag” shows – with men in women’s outfits doing lots of running, jumping, swimming, and lifting.  Maybe RuPaul can provide color commentary.  Of course, “drag races” is going to come to mean something completely different than it does now.  We’re going to need a new term for cars that go really fast in a straight line.

Where does all of this lead?  It leads to something not funny at all.  Just look a couple of states over at Loudoun County Virginia.  A transgender female (girl with a penis) has now been convicted of raping two cisgender girls (girls with vaginas) in school.  In scientific terms (XY chromosomes and all), the offender is a boy with a penis, who says he’s a girl, that likes to have sex with other girls – by force.  Are we actually to believe that he’s a transgender, female, lesbian, rapist?  I think there is a simpler explanation. He’s a disturbed young man that has learned to play the LGBTQ word game to his advantage.

Here’s a tidbit of science for the party of science.  Sex is not a choice that God (or Gaia if you prefer) has granted us.  We may choose to live as if as something other than what we were born as (that’s a gender choice), but we’re still the same sex.  We are born with a genetic code that defines our sex.  It’s the whole XX versus XY chromosome thing.  Wishing it were different, does not make it different.  We are all born with certain gifts and limitations.  Believing it is otherwise does not make it so – it makes one in denial of reality – which is the Achilles heel of the whole “identity” movement.

Identifying as something we are not, does not change what we are.  I am convinced that I was meant to be born in a 6-foot 5-inch, blonde male body.  But that doesn’t change the fact that I’m short, overweight, and bald.  I’ve accepted what I am, because to do otherwise results in a lifetime of misery.  To be clear, if one chooses to live as another gender, I have no issue with that, so long as it doesn’t hurt others – like, for example, stealing trophies from girls.  But as the Lia Thomas case demonstrates, it is dysfunctional for society to accommodate such people as if their reality is our reality.

Conflict between leftist subgroups has always been inevitable.  I’m curious — how do the feminists feel about all of this?  They’ve fought for women’s rights for over a century.  But signing up to be one of the intersectionality subgroups in the leftist movement has placed them in conflict with other subgroups.  Lia Thomas represents the conflict between feminists and the LBGTQ movement.  In liberal politics, there must be a winner and a loser, and in this case LBGTQ is the winner.  Feminists demanded that females have equal access to athletics – and they got it.  But then the leftists changed the definition of “female.”  Now the athletic programs they fought for are dominated by biological men.  Do the feminists feel betrayed?  Maybe they should have built their movement on a foundation of human rights, rather than leftist victimhood.

When one believes that they can decide to be something other than what they are, disappointment and unhappiness are inevitable.  When society attempts to fix that disappointment with physical accommodation rather than psychological therapy, the unintended consequences will be legion.

The only way to resolve this dilemma will be to go to completely gender-neutral sports.  Let’s just drop all the gender specific leagues, and let everyone compete together. No men, no women, just homo sapiens competing – with the fastest and strongest winning.  Megan Rapinoe can quit moaning about women soccer players being paid less than men and just start competing in the new gender-neutral soccer league – if she can.  I’m sure the queen of perpetual victimhood will scream bloody murder that it’s not fair.  To which I’ll respond, “Exactly.  Where was your protest when Lia Thomas was taking all of the trophies?”

John Green is a political refugee from Minnesota, now residing in Idaho. He currently writes at the American Free News Network (afnn.us).  He can be followed on Facebook or reached at greenjeg@gmail.com.

Enjoy HUGE savings at My Pillow with promo code BSC

What business ideas to start in 2023

There are a lot of businesses to start in 2023. You can start a business of your... 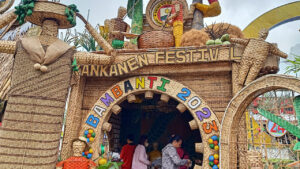 After a 10-hour drive from Manila to Ilagan City in Isabela, a trip that has visitors... 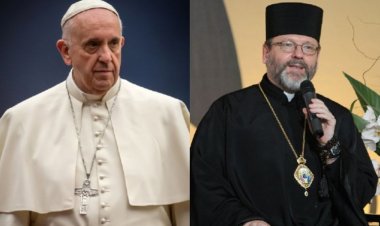 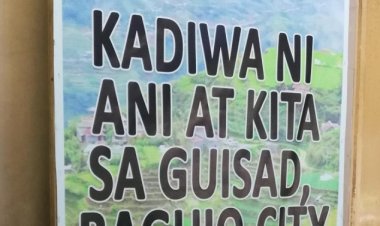 BAGUIO CITY – A farmers cooperative on Wednesday expressed hope that the administration...